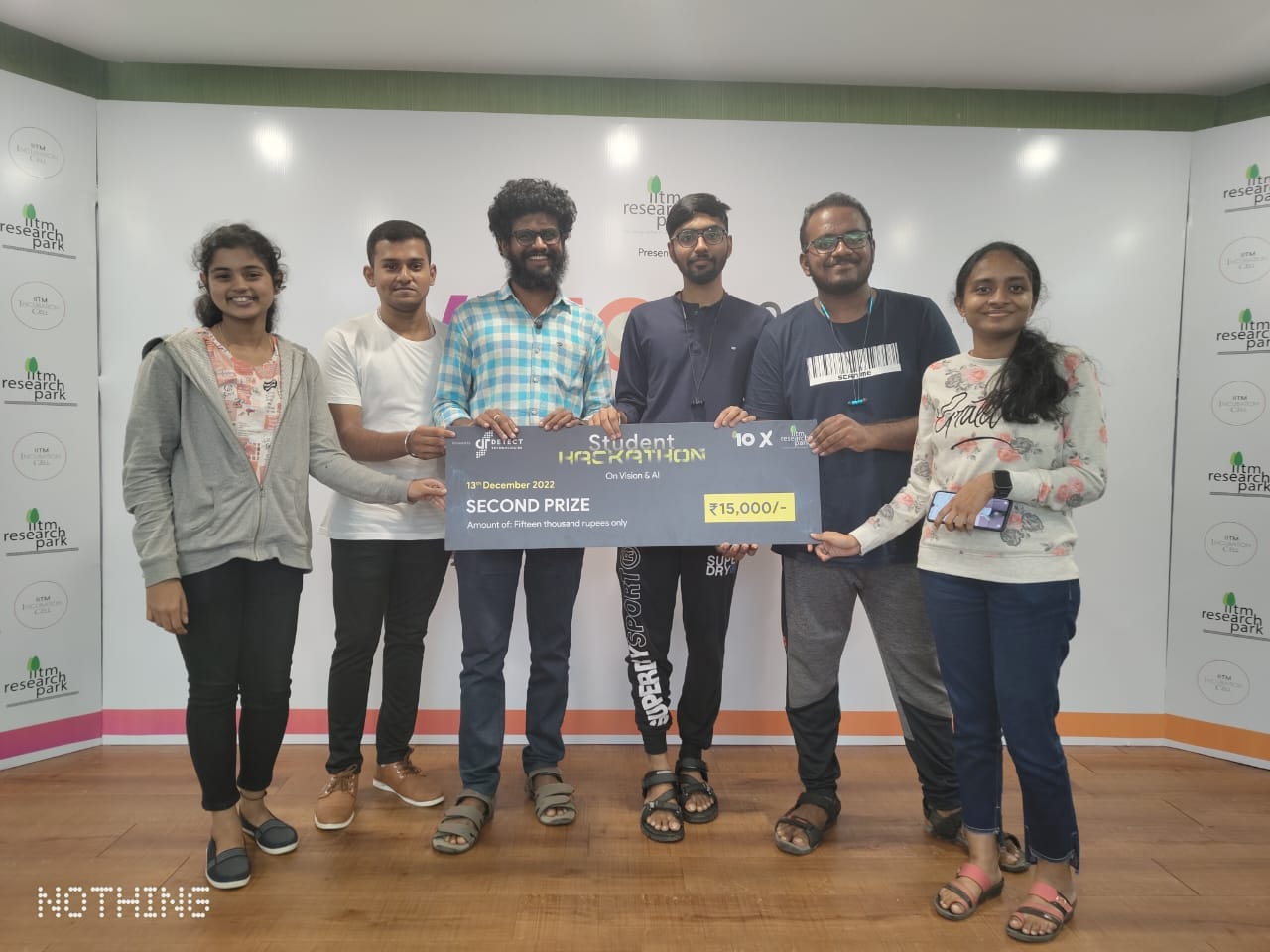 In the first round a video where balls can be seen pitching in different quadrants is sent as a Problem Statement, where we have to find out how many times the ball had been pitched, and in which quadrant, frame if the video when it exactly pitched.

After got selected on this round, we were invited to attend the finals among 10 other institutions all over the country.

In the final round, another video of people picking up carton boxes and dropping/placing it in the ground was given. Here the challenge is to predict/compute whether the picking posture of the people were correct or incorrect in 6 hours. Additionally we were expected to predict the frame when the boxes where dropped on the ground, and blur the faces of the people in the video, and Wrapping up everything in an API. Here we solved 2 out of 4 challenges completely, with another 1 accomplished half the work.

Sona College of Technology, salem won the Runner-up spot in the competition.